Over 80 Years Of Experience In Alternative Lending

When other lenders say ‘No’, we like to say ‘Yes’

The management team at Shelter Lending has a long history of results. The growth is a testament to the dedication of the company’s skilled and experienced management team. Backed dedicated, compassionate and hard working team members striving to provide a high quality service oriented approach. We value our customers, broker partners and investors as we seek to provide the best possible return on investment for our shareholders.

With over 25 years of management experience and an engineering background, Dave McKitrick is responsible for overseeing the efficient structure and successful operation of Shelter Lending.

Dave graduated with an engineering degree in 1991 and worked as a professional engineer for 14 years. After graduating with an MBA from the University of Alberta in 2001, Dave became the president of Simmax Energy. In 2005, he became the Chief Operating Officer for Alta West Capital where he transformed operations and systems to increase the efficiency of the mortgage lending company.

After purchasing fifty percent of Alta West in 2009, Dave and his business partner grew the company by more than three times to reach $90 Million under management. Dave is a recognized leader in his industry, named Alternative Lending Broker of the Year (2010) by Canadian Mortgage Professional.

Dave founded Northern Alliance Financial Corporation (NAFC) in 2015 and created Shelter Lending Corporation in 2020 as a sister company to NAFC.  Dave and his partners have created a robust private lending company that services many brokers and borrowers and has very pleased investors.  Shelter is on a high growth curve and is making an impression on the mortgage industry.

Dave lives in Victoria and enjoys cruising on the ocean in his boat with his beautiful wife.  Krista and Dave enjoy watching the antics of their six adult kids scattered throughout Western Canada.

Grant has a BA from the University of Alberta and over 22 years experience in the mortgage industry. Grant has been a licensed mortgage broker since 1998 with a focus on residential and small commercial lending. Grant is responsible for sourcing new lending opportunities and underwriting mortgage loan applications for Shelter Lending.

Grant has undertaken many roles in his field including President and Managing Broker for a team of residential Mortgage Brokers in the Central Okanagan. Grant has also served as Business Development Officer and Senior Underwriter for one of Western Canada's largest Mortgage Investment Corporations.

Grant has served two terms as President of the Okanagan Mortgage Lenders Association and remained active as a Past President. He has previously served as a Director for the local chapter of the Junior Chamber of Commerce in Kelowna.

Grant has a passion for golf, outdoor adventures and travel.

Jayson is a Registered Mortgage Broker in BC and has a Bachelor of Arts in Business and has his Exempt Market License. Jayson brings nearly 10 years of experience in the alternative lending, mortgage and fintech industries.

Jayson is an elected official for the City of West Kelowna where he is serving a 4 year term as City Councilor where he was elected in October of 2018. He also is a volunteer at the Central Okanagan Food Bank which serves thousands of people in the Okanagan and is creating a healthy, hunger-free community.

Jayson lives in West Kelowna with his wife Erin and three children. They love to spend time outdoors, biking, hiking, camping, playing hockey and golf and enjoying life in the Okanagan. He previously captained his collegiate hockey team before playing professional hockey in the USA and Europe.

Christine has been in the Financial Industry for over 20 years, working the last 12 years in the private lending sector. She has been a Licensed Mortgage Broker since 2015.

Christine is responsible for the underwriting and fulfilment of all mortgage files for Shelter Lending.

She enjoys a variety of outdoor activities, working a few hours a month at The View Winery and spending time with her children.

Kelly has over 10 years of experience in the finance and mortgage industry.  She manages the business of Shelter Lending including accounts payable, receivables and monthly billing.

Kelly is a consumate professional in her handling of sensitive client information and works closely with the administration department to ensure all client needs are met.

Kelly lives in Calgary with her partner, Ian and their 4 children. She enjoys spending time with her family and friends and, as an avid sports enthusiast, can often be found on a ball diamond, golf course or soccer pitch.

With a history of ownership and management of various businesses in the technology and financial industries, Dean Larson has over 20 years of successful management, sales, and business operation experience.

Larson has a history of building and managing successful ventures, having successfully put together several strategic multimillion-dollar contracts between some of North America’s largest technology companies.

As a mortgage broker and the Designated Individual for Compass Mortgage Group, Larson has built a successful brokerage with offices and agents in Alberta and British Columbia, specializing in private lending.

Larson has been an active board member for many business organizations and charities, bringing a wealth of knowledge and experience to Shelter Lending.

Dean loves boating on Okanagan Lake and spending time with his kids and grandkids.

With over 45 years in the real estate sector, Cliff brings a vast understanding of the industry to Shelter Lending.

In 1986, Cliff purchased RE/MAX Saskatoon where he turned a struggling franchise of 13 associates into a top performer with 62 associates within two years, taking the largest market share in the city. Cliff became Senior VP and Regional Director of RE/MAX in Western Canada until he became VP of International Global Operations. In this role, Cliff was responsible for all international expansion, supervision and services to all countries outside of the United States.

Cliff currently operates from the top RE/MAX franchise in British Columbia in Kelowna and is recognized as an industry leader and innovator being recently awarded Broker Owner of the Year by RE/MAX International.

Cliff loves building business and is currently a Director for a major online business startup.

Paul brings 30 years of senior leadership, operations, commercial and business development experience in the oil & gas & energy sectors in both Canada and the United States.

With a background in Mechanical Engineering Paul built his career in the Electricity Generation industry across Canada and the USA – ultimately leading the development of a generation portfolio of international assets that were ultimately divested in 2015 at a premium valuation for his company.

Following promotions through several senior-level corporate roles, in 2016 Paul was appointed to lead a Midstream Venture co-owned by Enbridge, Pembina, and Williams – which led to significant top-line cost savings, development of a new business strategy, promotion of a new leadership, and a new level of owner-insight and management not seen in its 15-year history.

When not working Paul and Margaret enjoy exploring the world on their road bikes and around their home in Sarnia, Ontario. 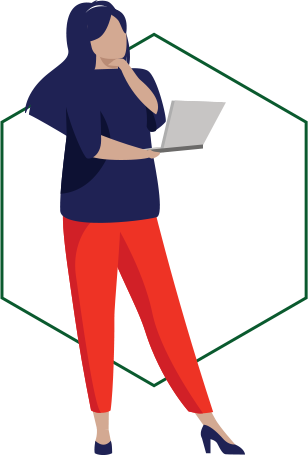 Questions About Using Shelter Lending As An Alternative Lender?

Get in touch with us today. Fields marked with an * are required.

If you need to reach someone on our team, please see our team directory.

If you need to reach someone on our team, please see our team directory.

With over 80 collective years of experience in private lending, real estate, and management, we're committed to success. Interested in learning more about what we do here at Shelter Lending?

Give us a call today